It was on sale, so we bought like four of them, which is why you see it all the time. Oh, my god guys check this out. Look how clean this is look. This is like the cleanest it’s been since we started this road trip, except for a not-so-nice bird yesterday come on bird anyways. The reason why we cleaned up the car – it’s because this happened yesterday so now we’re here in Washington, beautiful Washington, were in the States now end of the Canadian leg of the trip onto the Pacific Northwest and already it’s off to a good start.

We’Re at hurricane Hill to do some hiking today and we’re just at the parking lot and it started off like this. It’S going to be a good day. Oh City love, still not used to us coffee. I bet economy Osgood’s. Where were sitting me sleep in the back seat, I forget now, in order to survive, SSI just to stay alive, see we’re going back. Take it all back somehow take it well, we are back at the car that was that was loud.

That was a really sweet. Sweet hike, easy fun for the family, yeah families could do it was nice got views the whole way. No can wait. We like drove up it kind of reminded us of the Highland Trail where you get a bit of elevation gain, but you kind of drive in and you’re high up and then you stay high up as you hike. So it was only like. Whatever 1.3 miles is in kilometers 1.6 miles, one way, one point six miles one way so like probably five K or something like that: hello, nice, easy hike, but super scenic gorgeous.

Luckily, the smoke held off for the most part there’s fires in Washington right now too. So we were a little bit worried about that, but all in all saw it first day so far in Washington, we’re going to head to hopefully a sunset lookout and where we will be camping tonight and chill out and enjoy it boondocking in Olympic National Forest. Both free freedom in America, so freedom, I need like a hand gesture. 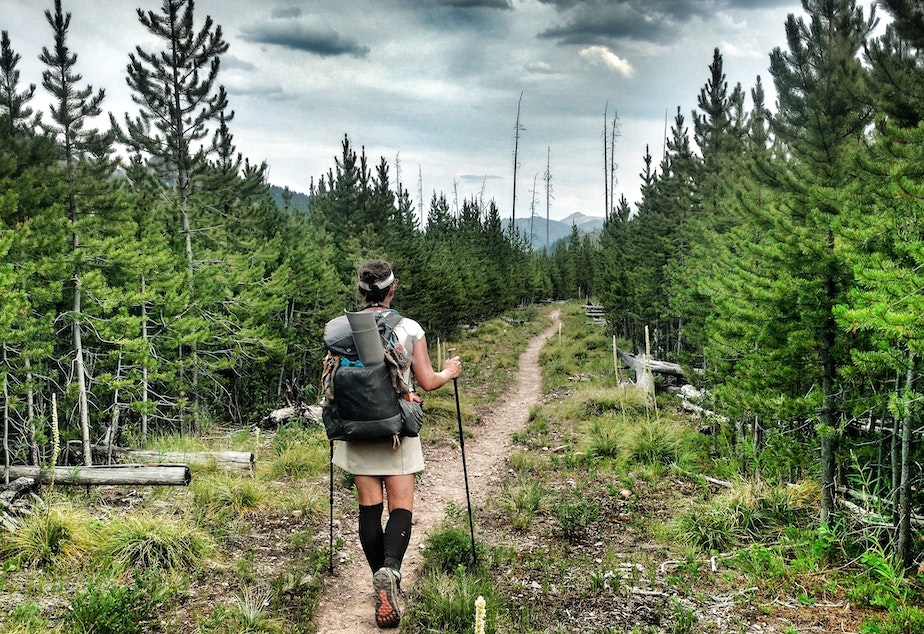 I can’t do this because I was too FINA. It’S an Eagle, Eagle, fight, welcome to tonight’s humble abode. It is a spot off of a foreign service road, it’s in one of the national forests. So the States has a bunch of these national forests which are slightly different but usually surrounding national parks, and you can actually stay in a lot of them for free if you’re boondocking like we are just staying in your car off these service roads. 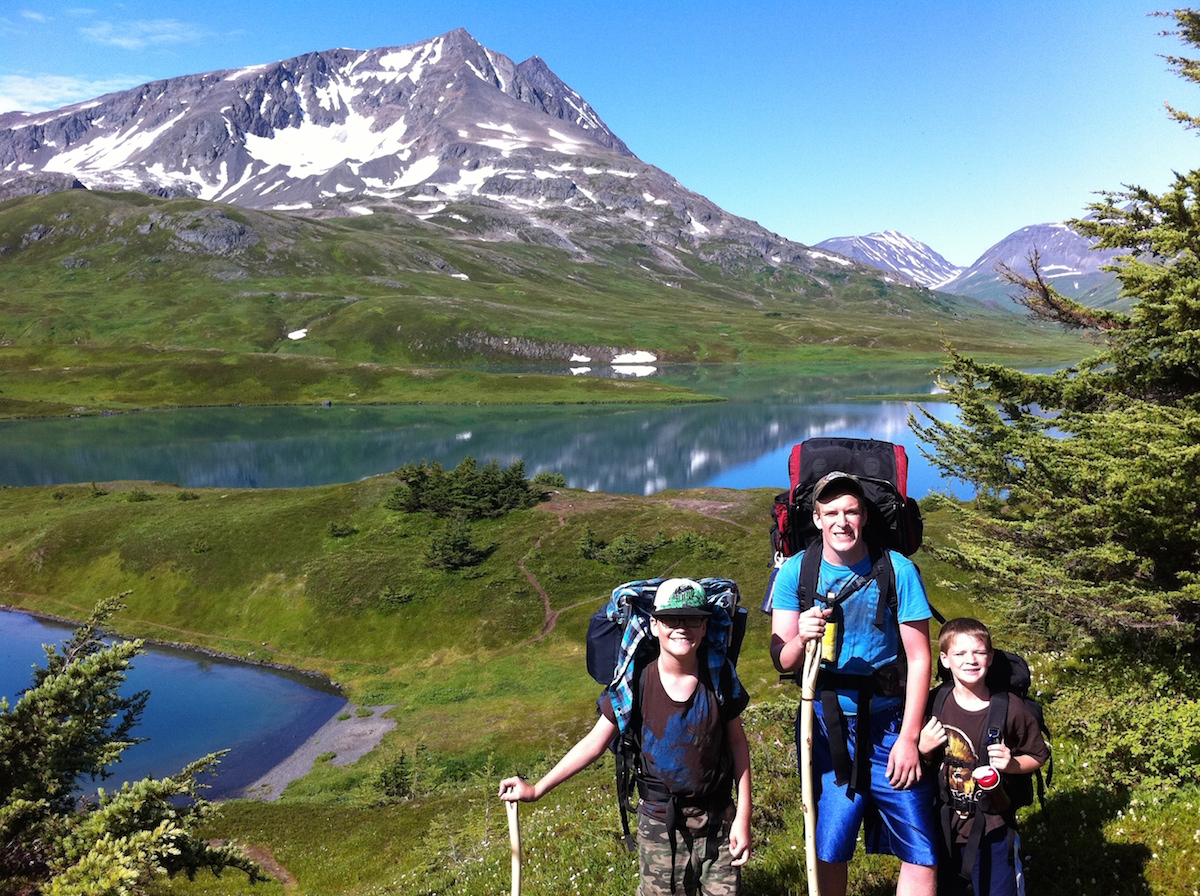 But some of the campsites actually charge money, so we don’t feel like paying tonight. We decided to stay out here and live it up in the forest on our own. It’S going to be a good night. We got here early, it’s only. I think it’s just before. 7:00 p.M. But that’s because we have to wake up super early tomorrow morning, we’re going all the way that way in Washington to Cape Flattery, which is an amazing name by the way.

But we want to capture that low tide because it’s got awesome. Sea stacks, like the sea stacks, you guys saw in San Yosef Bay, but even cooler from the pictures that I saw. So we want to see that low tide. So we can walk around see if there’s cool little tidal pools that we can see crabs and all sorts of wildlife in it’s going to be great. But for now we’re just going to chill out have some refreshing beverages make some dinner and then hit the bed.

Nice and early because we got to be up and out of here at like 5:00 a.M. And even then we’ll be getting there slightly after low tide and we’ll be like rushed to see all of it. But it’s going to be super cool now. This is some proper boondocking got. Some rocks set up beneath it to keep it under tea, and this is our classic dinner black. It was on sale, so we bought like four of them, which is why you see it all the time it’s going to be so good.

It’S amazing literally every time I think, we’ve had it. What like ten times at least, and it never gets a hold Indian food, is just so delicious and when you can make it in like the three seconds it takes, can’t go wrong literally in the time it took for me to walk over to the car and Put down the camera, the food is done, what’s not to love. I hope you guys enjoyed hanging out with us on our first day in Seattle.

I know we had a blast. It was a bit of a short one, because what you guys missed is in the morning we were planning for the most part, it’s figuring out what we wanted to do gaining our bearings. We only have less than a week in Seattle, so we wanted to make sure that we hit up all the awesome spots. We could so that took a little while, but we managed to sneak in a hike. So if you has enjoyed reading this article, please give it a like helps me out.

A lot also subscribe for plenty of more content, because we’re still on the road that bird really wants to. Let us know that it’s there but subscribe, because uh definitely more articles to come, and I will see you guys tomorrow morning for plenty more Washington exploring you night guys.

Have you ever tried the best cajun pumpkin seeds? They are perfect for any trip. Check out the benefits of this snack in the video below.

“Money can’t buy happiness, but it can buy a camper, which is kind of the same thing.”

— Somebody that is not me.

Yellowstone is a behemoth National forest. There is a lot to check out in the park as well as luckily lodging in Yellowstone abounds. Yellowstone has more National forest hotels within park boundaries than any other park, as well as camping areas are plentiful as well. Behind Yosemite National Park, Yellowstone is regularly the second-most popular national park for outdoor camping. Currently you are most likely assuming, “plan in advance …” And also yes, while planning in advance is essential in aiding you optimize a Yellowstone National forest holiday, if you are intending an eleventh hour get-a-way you may still have the ability to grab a first-come, first-serve outdoor camping area or hotel room. Last month, I did just that. Utilizing Yellowstone’s online tools, which we’ll discuss in this article, I had the ability to obtain a last minute camping site with my Sprinter Van with no ahead preparation.
In this article, we’ve created a guide to aid you find campsites in Yellowstone National forest, in addition to other lodging options. If you can’t obtain an area in the park, you’ll discover some practical ideas for lodging outside the park also.

This is the first post on my new blog. I’m just getting this new blog going, so stay tuned for more. Subscribe below to get notified when I post new updates.